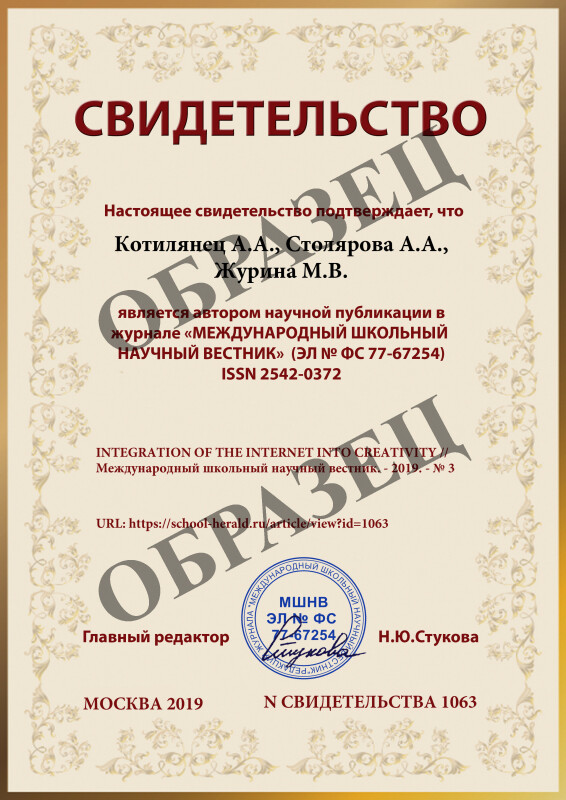 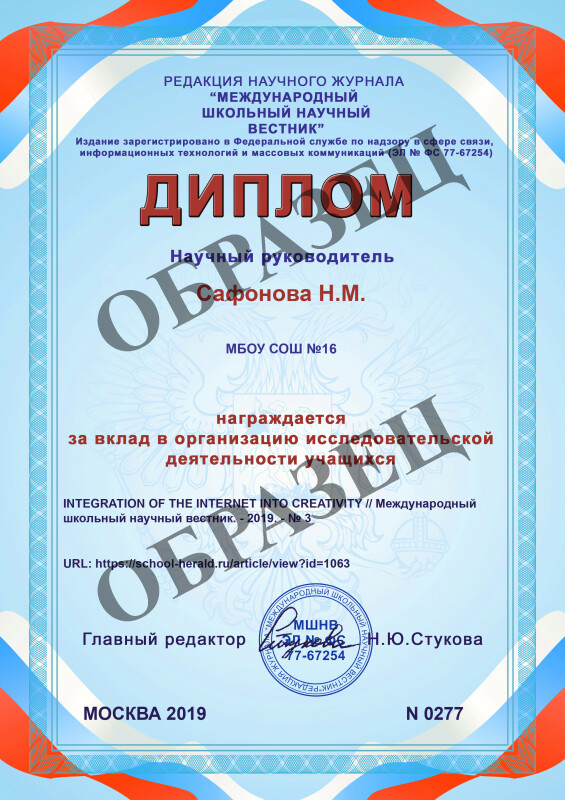 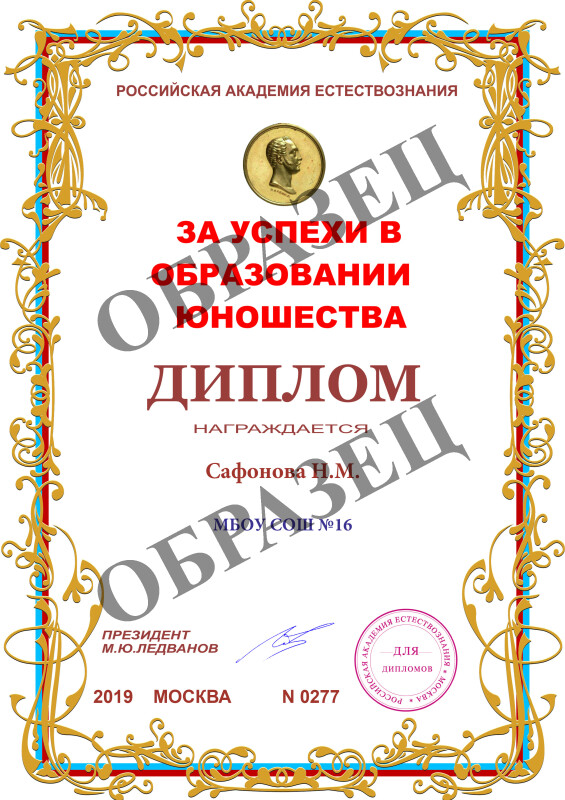 INTEGRATION OF THE INTERNET INTO CREATIVITY

Relevance: Many people want to show their creativity and the Internet can help them achieve various goals.

The problem: Lots of people have different hobbies, but they do not know how to show their creativity and talent to the world.

Hypothesis: Can any people become famous and show their talents through social networks? Is it a fact that social networks can help with boosting popularity?

The purpose and the tasks of the project:

• To find out what kind of people become famous through social networks;

• To discover our creativity on the Internet using social networks;

• To create our blog on the Internet

• Analysis of materials of the Internet;

• Analysis of the results.

Every day we hear news about popular people, but we never thought about how they have achieved their success and whether any person can also show their talent to the whole world. We decided to make a project to learn the life story of people who became famous through the Internet, and comprehend the basics of working on social network pages and blogs.

People who have achieved career success through social media.

We never thought about how famous people have achieved success, but many of them started with social networks.

Justin Bieber: success story of a boy from Youtube

Justin Bieber is a Canadian nugget musician, famous pop-R & B singer, musician, songwriter and actor. Justin Bieber gained popularity through the channel on YouTube, without using the services of managers and labels, and became the first person since the existence of the service, whose video was watched 2 billion times.

It is not known how the fate of a talented boy would have developed, if not for his mother. She posted a video of the final competitive performance of Justin on the Youtube. This record has become very popular on the Internet. It was followed by other recordings, where Bieber sang covers of popular songs. A very large number of users viewed Justin’s videos. Including the future manager of the boy Scooter Brown, who offered cooperation to Justin Bieber, and in October 2008 signed a contract with Island Records. Justin and his mother moved to Atlanta, where he began his singer path. A good example of how well social networks handle gaining the popularity is Ilya Kuvshinov, a Russian artist who won fame in the Internet publishing his digital paintings on different services, including Instagram, DeviantArt and Tumblr. Starting as a video game concept artist and illustrator, Kuvshinov earns 3000$ for the illustrations he creates every week now.

Many people criticize Kuvshinov for similarity between his paintings, all of them being illustrations of cartoonish girls. However, none of the critics can change the fact that Ilya is famous and successful person in his field. The success of Kuvshinov would sound wild now – artist created his own movie and soon it will be released in the theatres of Japan. “Birthday Wonderland” is animated completely by Kuvshinov, and it’s truly inspiring how a usual Russian artist gained so much popularity in another country.

There is no doubt that social network played a big part in Kuvshinov’s career. For example, Tumblr not only gave an opportunity to create his own digital ary gallery, but also promote his works worldwide. A lot of artists (and Kuvshinov is no exception) use Tumblr to receive donations for their contribution into modern art. This way artists get a chance to work without worrying about food, art supplies and a place to live. Social networks are a platform for the future development of creativity

Even though the communication between us and the celebrities we mentioned would be a nice part of our research, famous people barely have any time for interviews. Therefore, we decided to interview other artists, who are on their way to worldwide fame but they are already popular in different communities.

Suqling, on the other hand, is mostly fond of drawing illustrations for a popular game called League of Legends. Kat is an illustrator/comic artist, she has a lot of subs on Tumblr and is cherished by the whole gaming community who praises her unique art style.

There are many ways to show the world your abilities and succeed. In our project we want to show and prove by our own example that the use of social networks is a chance to express ourselves.

Testing Tumblr as a platform for creative people gave its’ results as well. We created an art blog, posting our own fanart of different video games, TV shows and cartoons. Even though our blog was not active all the time and it was up only for a couple of months, it managed to gain a plenty of followers very quickly. So, which mechanisms of this social network allowed us to gain a piece of popularity?

Turns out, the best start for a beginner is to post things connected to popular media. That way many people will find your works by hashtags, and if they will get interested, you will gain subscribers. Another mechanism Tumblr has is reblog – many people decide to share things they like with their own followers by reblogging your posts to their own page. If one person reblogs, it can launch a series of reposts to different blogs, which will gain you notes (Tumblr’s definition of likes) very quick.

Our own dedication into
the creativity

The variety of talents is truly fascinating; you can start with anything as a hobby to turn it into your life’s destination.

I always was fascinated by poetry and writing in common. Starting as a Russian-speaking writer, I decided to go further and improve. Now I make attempts to translate my own poems to English, which, I believe, helps me with learning language itself as well. Besides, English-speaking audience is much larger, and attracting different people to your creations is important.

Feedback from various people is important for your own improvement, and independent critics are always ready to read and think about your creation, its flaws and merits.

My first post on Commaful was the translation of my own poem, «You». Even though it did not get much reaction compared to my another translated poem, «Constellation», it still didn’t just go unnoticed. The poem «Constellation» by Anastasia Kotilyanets, composed in Russian and translated into English We created our blog on Instagram to share photos with people and try to attract the maximum number of subscribers. Thereby prove that any of your creative manifestations can be seen. We hit the good amounts of subscribers here, but our main goal is to improve and gain new skills.

Posting publicly is the main key to improvement. According to statistics, the most popular photos in our blog are considered photos of nature; they gain the largest number of likes.

We also want to share some tips that helped us:

• Be kind and friendly;

The diagram we made shows how many users (in millions) of social networks are out there, in the different corners of the world. The diagram was made based on 2013 research, which leaves us the right to say that now numbers are bigger. Having considered the examples of specific famous people, we were convinced that social networks are an effective way to reveal their creative talents. Alongside with exploring different examples of famous people, we also tried to follow their path and see whether infinite World Web will rise up anybody’s talent and show it to other people. Moreover, having various people see your work and giving their opinions on it encourages you to improve on what you do. We are sure that social networks are the best ally to talent’s development nowadays.

Our questions to artists:

1. How many subs do you have currently?

2. Where and how did you start as an artist?

3. Did tumblr help you to get famous among audience? If it did, how?