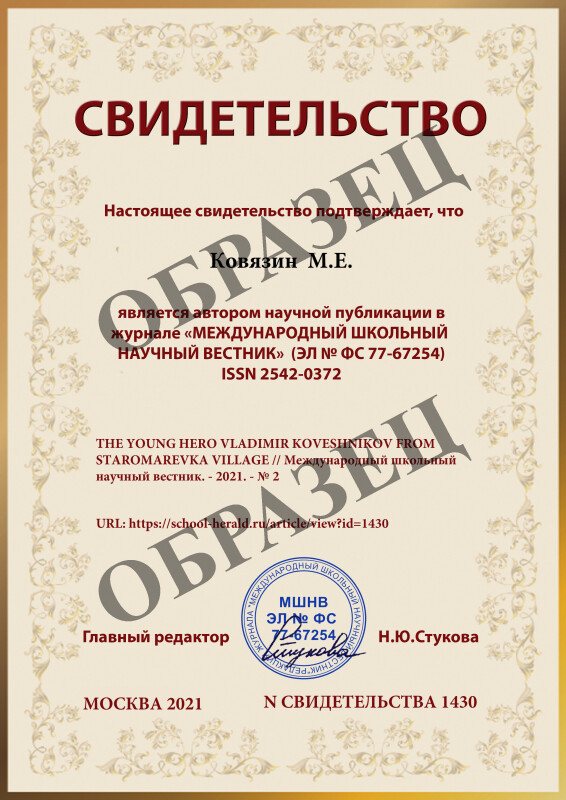 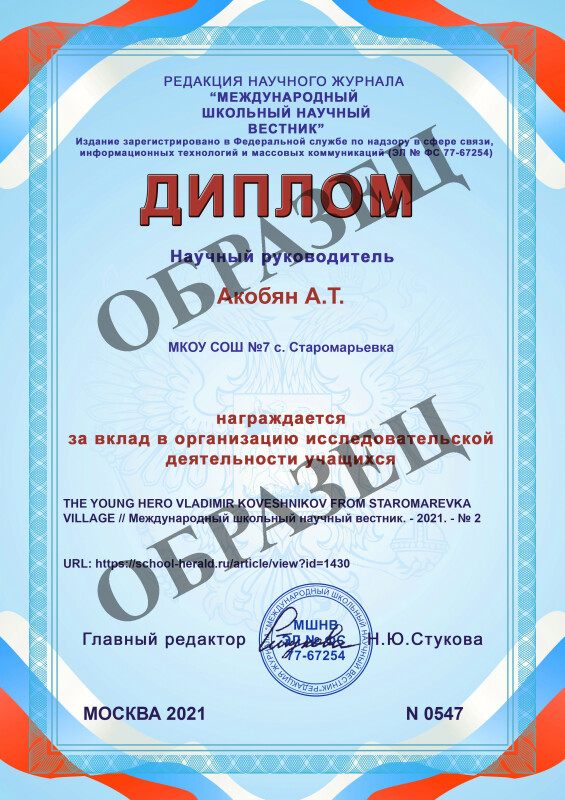 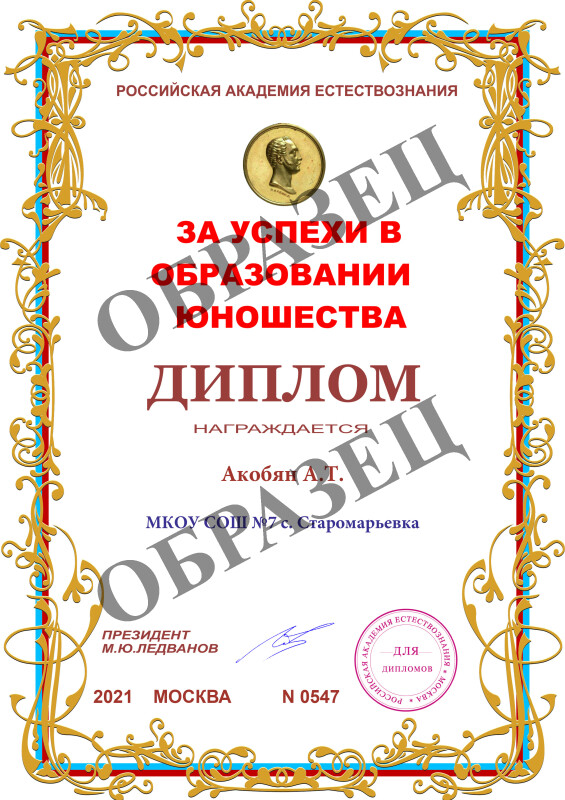 Not sparing themselves in the fire of war, not sparing strength for the sake of the Motherland, the children of the heroic country were real heroes!

Staromarevka is one of the villages of Stavropol region that went through a difficult time of Fascist occupation. Staromarevians  saw with their own eyes how the Germans burned and ruined everything created with their hard work. Some eyewitnesses of many tragic events of those terrible years are still alive.

People remember with horror how the fascists  took away the Jews families outside the village, to the collective farm garden and buried them in one grave. They say, the earth at their burial place “had been breathing” for 2 more days.

It was not the only tragic event that took place in Staromarevka in those dark days.  A 13-year-old boy, Volodia Koveshnikov was tortured by the Germans for cutting the cable. Having failed to gain recognition, Volodia was shot on the mountain. Since then it has been called “Vovka`s mountain”.

In the winter of 1943, after the arrival of the Nazis, the life in the village changed. The weight of adversity, calamity, grief of the war years fell on the fragile shoulders of the children. And they did not bend under this weight, they became stronger in spirit, more courageous, more enduring. Volodia became one of the  little heroes of the big war. Before the war he was an ordinary boy. Like his mates he  studied, helped the elders, played, ran and jumped, broke the nose and knees. He was known only to relatives, classmates and friends. The time came and he showed how huge a child's heart can become when the sacred love for the Motherland and hatred for its enemies flares up in it.

Fascist troops hurriedly moved east. The German headquarters was located in the village. Communication wires were put  across the whole village. The cheerleader of many games who was in love with the heroes of the books of Arkady Gaidar, Volodia Koveshnikov could not accept the fact that the Nazis were in charge in his native village of Staromarevka. Once while walking in the forest, he came across a German communication line. And the boy immediately made a decision: he destroyed the German communication cable with the help  of an ax. The Germans were shocked. They thought that there were partisans in the village. They set up an ambush in the forest every evening. The enemies tracked down Volodia.  The news that the boy was arrested was spread all over the village. Everyone in the village was sorry for the boy thinking about him and his fate. Meanwhile, the German general was interrogating Volodia, demanding to name the partisans and give out their whereabouts. But the young hero was keeping silent. The enemy learned nothing from him. The young heart of the pioneer Volordia did not tremble for a moment! His matured childhood was filled with such trials that, even a very talented writer could think of them, it would be hard to believe. But it had happened in the history of our village, it was in the fate of the little resident of Staromarevka - an ordinary boy.

The Nazis shot Volodia. The little hero was buried in the village cemetery. The orchestra sang eternal glory of Volodia mourning his early death. Many years have passed since then.

By the decree of the Presidium of the Supreme Soviet of the USSR dated May 10 1965 Vladimir Alekseevich Koveshnikov was posthumously awarded the Order of the Patriotic War of  II degree. Mass grave of soldiers who died in 1942-1943 in the battles with the German fascist invaders (1949) Staromarevka, central park