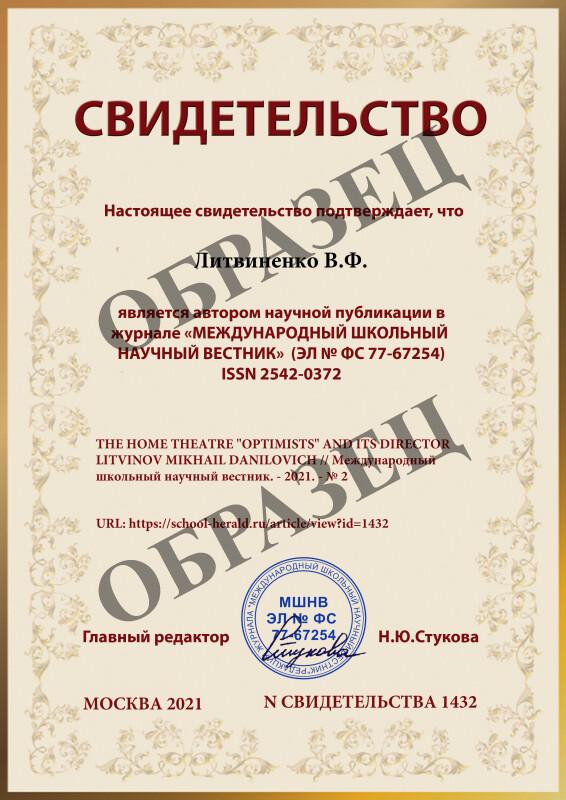 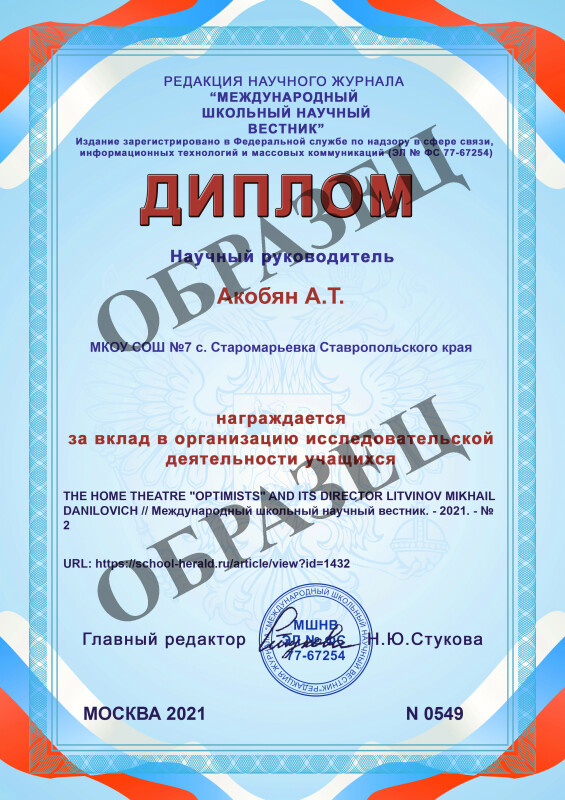 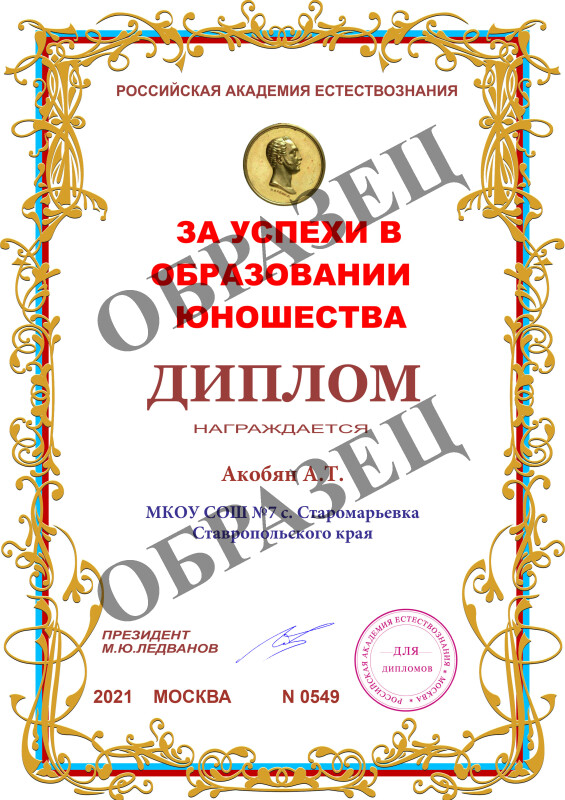 THE HOME THEATRE "OPTIMISTS" AND ITS DIRECTOR LITVINOV MIKHAIL DANILOVICH Theatre is my life, my love, my family. My students are my children, my present and my future.

Mikhail Danilovich Litvinov is the director of the National Home Theater Studio "Optimists". He is perhaps the most famous person in the village of Staromarevka, Grachevka District, Stavropol Region. Any visitor who comes to this village to visit his theater can easily find it because anybody here will tell, or even lead to the small house. Moreover, they will proudly add: "This is our theater."

The history of the theater

The theater "Optimists" is the only home theater studio in Russia. It even has a date  of  birth- 1st of May 1999.  It has its own anthem and coat of arms. All who has at least once been there can surely say that the theater is really unusual. The conversation with the audience here is  soul to soul, eye to eye. The actor cannot deceive the audience and the audience cannot lie to the actor. The visitor of the theater  can take part in the performance directly and vice verse  an actor can go out into the hall to the audience in this theater. There is full contact with the audience. This is a feature of the theater.

The idea of such a theatre is not new in Russia. It used to be a family education tradition which was considered very important in pre-revolutionary times. After all, family evenings in big noble families were something like a home, chamber theater. Thus, what the village director Mikhail Danilovich Litvinov is doing today is nothing but a good deed.

On the 24th of December 2010 in the yard of  Mikhail Danilovich`s house a new theatre with fifty seats was opened. It was opened thanks to his true friend, a former classmate, the head of the judicial department at the Supreme Court of the Russian Federation in the Stavropol Region, Viktor Aleksentsev and Svetlana Korobkova-Popova. Aleksey Mikhailovich Kozlov, the head of the village council of Staromarevka also had his contribution.

Mikhail Danilovich Litvinov was born into a Cossack family. He is a graduate of the Moscow Institute of Culture and Crimean Cultural Education, a trainee of Yuri Lyubimy and Oleg Efremov. Health problems made him leave the acting studio at the Stavropol Drama Theater.

He organized his own theater "Optimists" in the house of culture of the village of Staromarevka, at the same time he worked in the palace of aesthetic education named after Yuri Gagarin in the city of Stavropol. But the life brought him back to home. Mikhail Danilovich is an optimist and it is not a surprise that the theatre`s name is "Optimists".

He did not even notice how the newly born theatrical collective was gathered. In his adobe parent's house a theater-studio "Optimists" was opened. There were only 20 seats for the audience. The stage clothes, decorations were made by them according to sketches of the artist of the Stavropol Drama Theater L.A. Cherny. In two months the premier took place. The play "Our Pushkin" was dedicated to the 200th anniversary of the birth of the poet. The audience was delighted. On the advice of the artist, the theater moved to the next more "theatrical" room, where there were fewer windows.  Instead it had two exits on the sides, as on a real stage.

The room was rather small. The half of it was occupied by the stage and the next half was for the audience. The floor and the ceiling were monotonous for not to distract the attention.  On the background there was the wall with the actors` photos of different years. There were spotlights in the corners to highlight the action. The village chamber theatre looked this way.

The creative activity of the theater-studio "Optimists"

Speaking about his actors Mikhail Danilovich says: " Not everyone can stand. They go through a very strict selection.  Many come, but only few remain. I don`t need a quantity I need quality". Only those who cannot live without the theater remain. The actors work really hard. And not everyone is ready to work in such a mode. Anyway, the discipline should exist otherwise there will be no good results. One of the tasks the head of an amateur theater has  is pedagogical.  Most of the actors of the theatre are pupils. Mikhail Danilovich educates them properly.

This is a studio theater. The actors do everything themselves here. They make the requisites and costumes for the scene. The  upbringing is done through work. The director monitors the progress of his students. He makes them raise their general level. He makes them read extra literature on directing and acting. He teaches them to think and analyze.

Litvinov has prepared many students over the years of his activity, for whom creativity has become an integral part of life. Most of his students connected their lives with the theatre.

Litvinov's school helps to find oneself in life. After all, art in general and the art of theater in particular improves the inner world of a person and his spiritual culture. The direct aesthetic reaction is of particular importance for the theater. The lively stage creation process taking place in front of the audience also considers emotional sensitivity. Therefore no one leaves the theater indifferent.

The theater staff is not big at all. But their recognition and awards are quite impressive. The theater is a winner and laureate of various contests and awards. Not every amateur theater in Russia can boast of performing on a professional stage.  And they performed even in the capital. In May of 2006 The auditorium of the Moscow Theater "Et Cetera" under the direction of Kalyagin applauded "Optimists". The village theater became the laureate of the international award "Philanthropist" in the field of theatrical art, receiving the award "For novelty and originality in creativity". The solemn ceremony of awarding the laureates of the prize was held in the Zurab Tsereteli Art Gallery, where the small home theater took its rightful place among the luminaries.

The theater was on tour in Moscow. They were invited by the famous actress Lyudmila Ivanova to perform at the children's musical theater "Improvisation" which she directs. Andrey Raikin the editor-in-chief of the news broadcast of the Kultura TV took part in organizing the trip. With the help of the efforts of these two famous people, the creative intelligentsia of the capital gathered at the performances of the amateur theater highly appreciating the professional level of the "Optimists".

Having learned about the existence of the theater Lyudmila Ivanova was eager to see the play of  the young actors. The acting was highly appreciated by the teachers and students of the acting and directing departments of the Shchukin School, teachers of the Moscow Art Theater School and other professionals in the field of theatrical art. At the end of the performance the audience just burst into applause. They liked the acting of the village actors so much that they were invited to study at Shchukin School at once.

Mikhail Danilovich was happy for his students. He was sorry to part with them but he was sure that he would manage to educate a worthy change.

Over the years of turbulent theatrical activity the theater made countless performances. The literary and artistic compositions like "Our Pushkin", "Fidelity to the Fatherland", "Love is my comedy" are among the most beloved and remembered by the audience.

The very existence of such a theater is a real oasis. "His Majesty" the art lives and heals human souls here. It puts a good and bright feeling of beauty in the souls and hearts of people. There is no doubt that the history of a small theater, born by a person with a great heart will go on.

The documentary film "Danilych", created by director Ilya Makarov and producer Oleg Shtorm, opens with a monologue from "Literary Dreams" by V.G. Belinsky "Do you love theater the way I love it?" And it sounds passionate and soulful performed by Mikhail Litvinov. At the Russian Film Festival in Moscow, the film won the Grand Prix. The film was shot by the order of the Ministry of Culture of the Russian Federation.