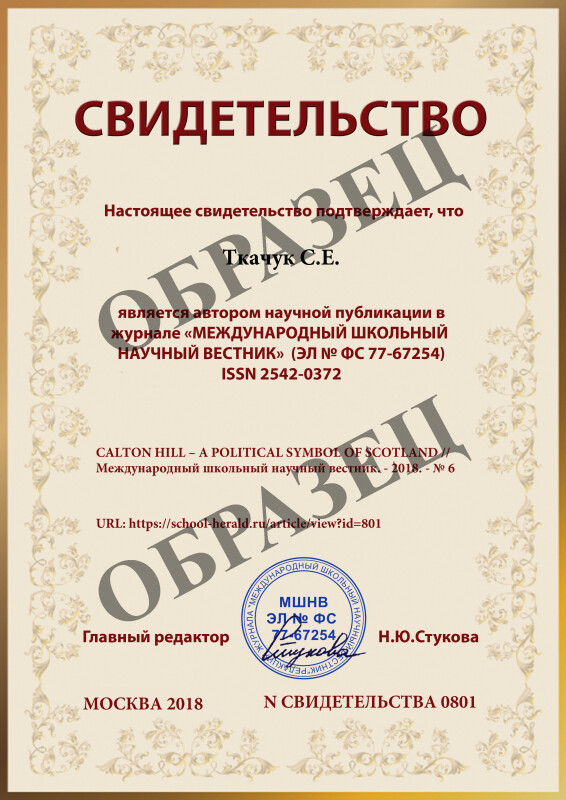 Every country has its unique culture full of customs, traditions, monuments, festivals, etc. Scotland, as a part of the UK, is not an exception. It is really rich in history and wonderful sights. The capital city of this British division is Edinburgh, which is filled with many wondrous places, such as Calton Hill. So I believe that my investigation will help me reveal the mystery of this historic place.

Calton Hill is a hill in central Edinburgh, Scotland, situated beyond the east end of Princes Street and included in the city’s UNESCO World Heritage Site. Views of and from the hill are often used in photographs and paintings of the city.

Calton Hill is the headquarters of the Scottish Government, which is based at St Andrew’s House, on the steep southern slope of the hill; with the Scottish Parliament Building and other notable buildings, for example Holyrood Palace, lying near the foot of the hill. The hill is also the location of several iconic monuments and buildings: the National Monument, the Nelson Monument, the Dugald Stewart Monument, the old Royal High School, the Robert Burns Monument, the Political Martyrs’ Monument and the City Observatory.

In 1456, James II granted land to Edinburgh by charter wherein Calton Hill is referred to as «Cragingalt», the name by which it appears on the 1560 Petworth map of the Siege of Leith (rendered as «Cragge Ingalt»). The name may have derived from Old Welsh or Old English meaning «the place of the groves».

The records of South Leith Parish Church name «Caldtoun» as one of the quarters of the parish in 1591, though the village and area are otherwise generally referred to as «Craigend», signifying the main land form (crags) at the western end of the feudal barony of Restalrig, as opposed to the distinguishing feature at its eastern end, a loch, hence the name Lochend.

The name «Caldtoun» (sometimes anglicised as «Cold town») remained general until about 1700; the names Calton and Caltonhill first appeared when West Restalrig was sold to Edinburgh in 1725. The Armstrongs’ map of the Three Lothians (1773) still uses the name «Caldtoun» and Ainslie’s maps of Edinburgh record a change in spelling from Caltoun to Calton between 1780 and 1804.

The Old Calton Burial Ground was the first substantial development on Calton Hill and lies on the south-western side of the hill. The philosopher David Hume is buried there. His tomb is engraved only with the year of his birth (1711) and death (1776), on the «simple Roman tomb» (a relatively large monument) which he prescribed. The Political Martyrs’ Monument is also in the burial ground. This is in memory of five campaigners for political reform and universal suffrage who were convicted of sedition and sent to Botany Bay, Australia in 1793.

The renowned Scottish architect William Henry Playfair was responsible for the elegant thoroughfare that encircles the hill on three sides. Comprising Royal Terrace, Carlton Terrace and Regent Terrace, the largest of the townhouses can be found on Royal Terrace. Playfair’s plan is dated by 1819 and the first house was built at what is now 40 Royal Terrace. The gardens that cover over one half of the summit of the hill are privately administered by the local residents’ association. Carlton Terrace was originally called Carlton (or Carleton) Place but changed in the 1850s to fit in with the other Terraces.

Playfair was responsible for many of the monumental structures on the summit of the hill most notably the Scottish National Monument. This monument was intended to be another Parthenon and to commemorate Scottish Soldiers killed in the Napoleonic wars. The construction started in 1826 but the work was stopped in 1829 when the building was only partially built due to lack of money. It has never been completed.

For many years this failure to complete the construction led to its being nicknamed «Scotland’s Disgrace» but this name has waned since the Napoleonic Wars and it is now accepted for what it is.

For a number of years, while the Royal High School was earmarked for the site of the future Scottish Assembly, and subsequently as a potential site for the Scottish Parliament, Calton Hill was the location of a permanent vigil for Scottish devolution. However, Donald Dewar, then Secretary of State of Scotland, considered the site a «nationalist shibboleth». It was also the venue in October 2004 for the Declaration of Calton Hill which outlined the demands for a future Scottish republic.

Calton Hill is the venue for a number of events throughout the year. The largest of these is the Beltane Fire Festival held on 30 April each year, attended by over 12,000 people. The Dussehra Hindu Festival also takes place on Calton Hill at the beginning of October each year.

Many countries surprise us with an interesting customs, traditions and places. People love to visit places like Calton Hill to expand their knowledge and admire the beautiful views. I believe that people should be aware of this, because this information is informative and unusual.